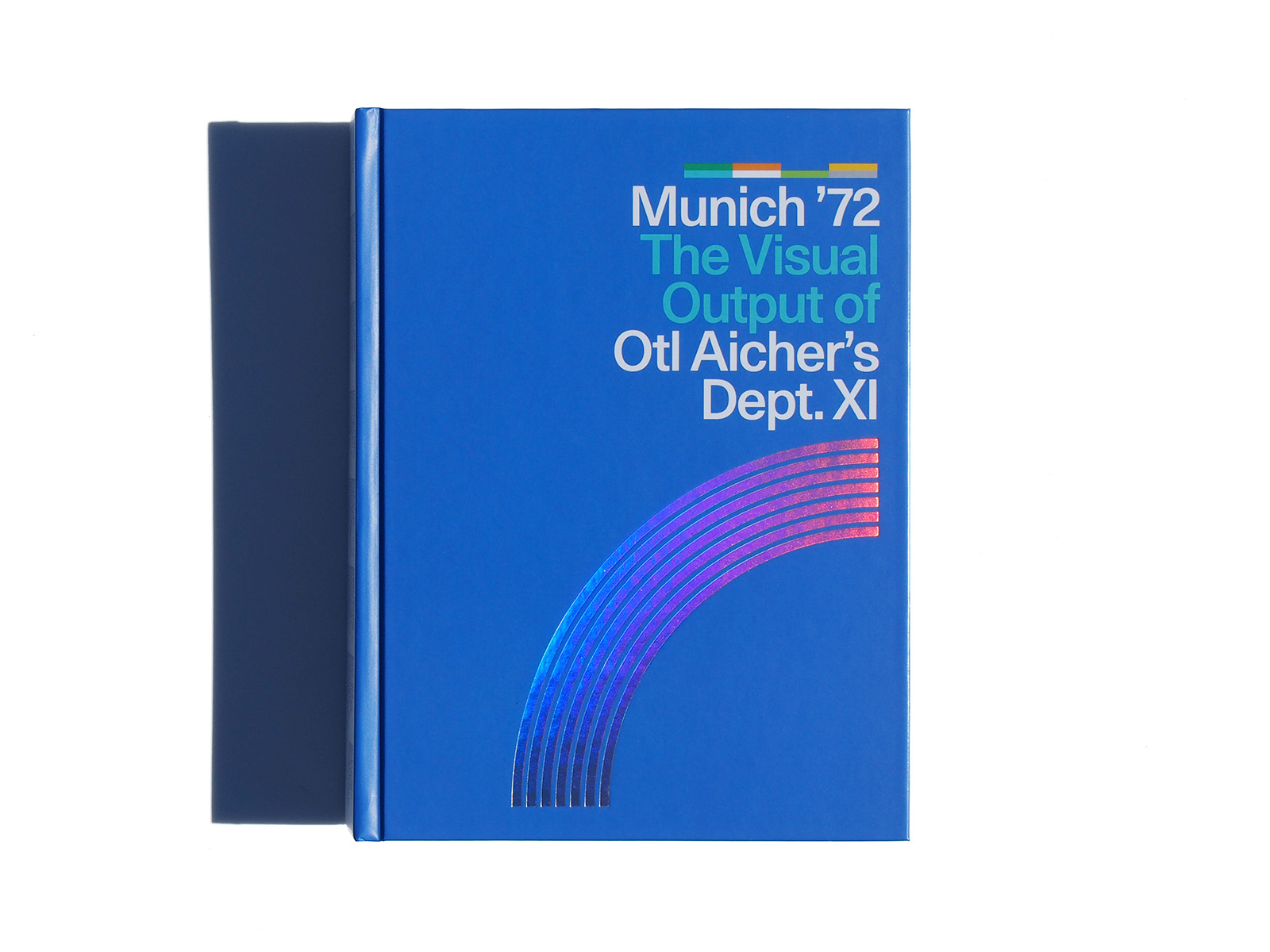 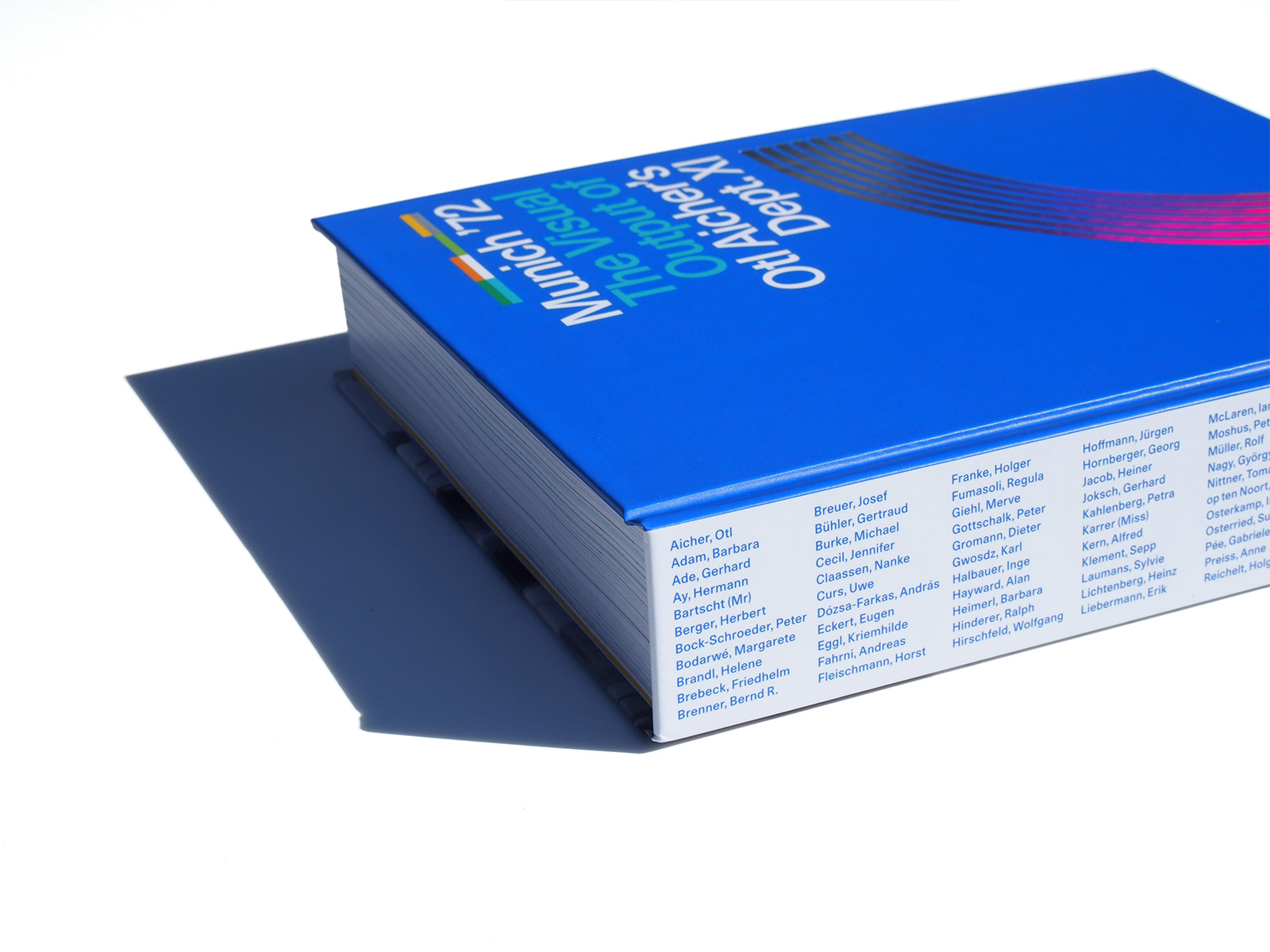 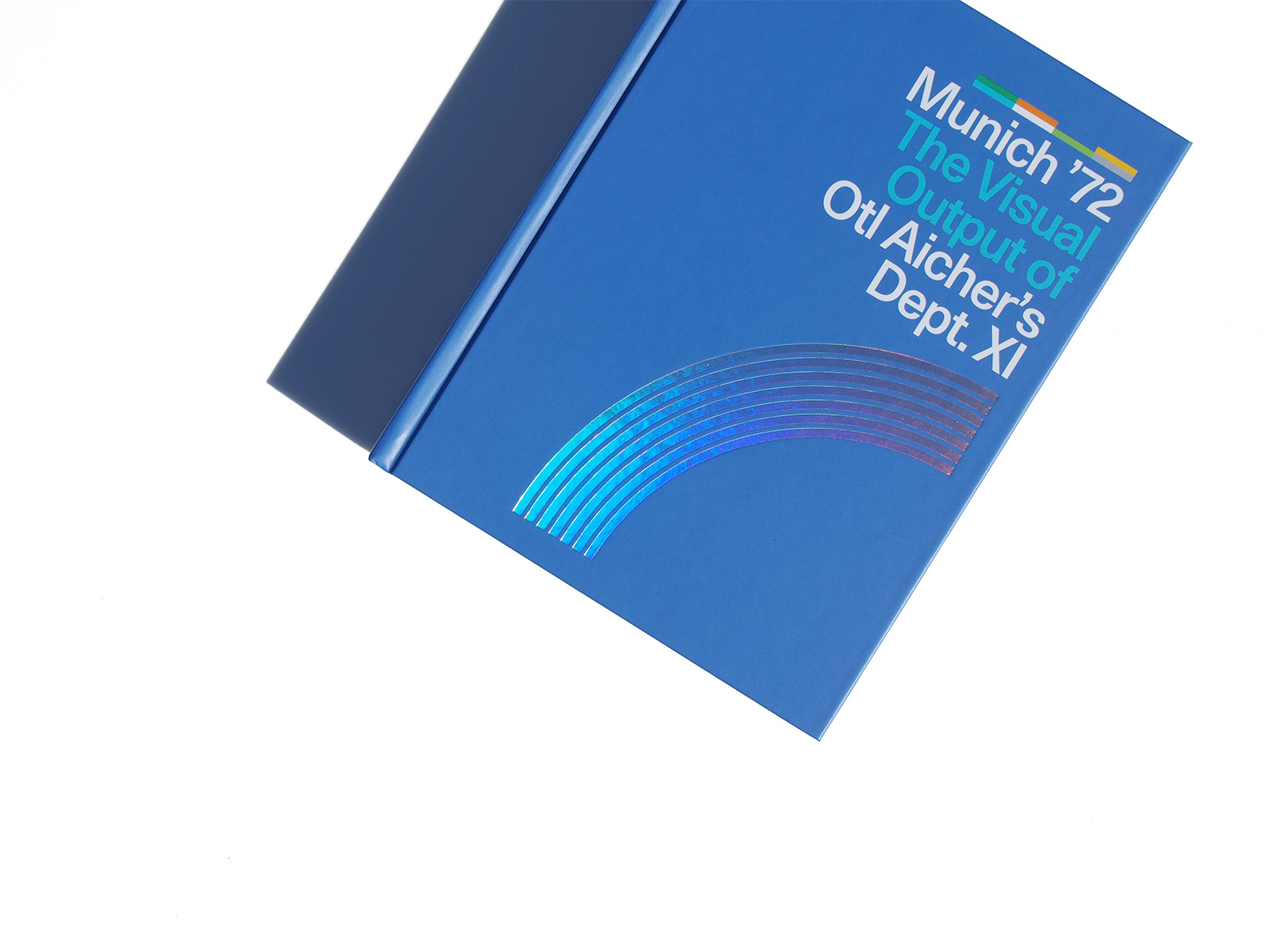 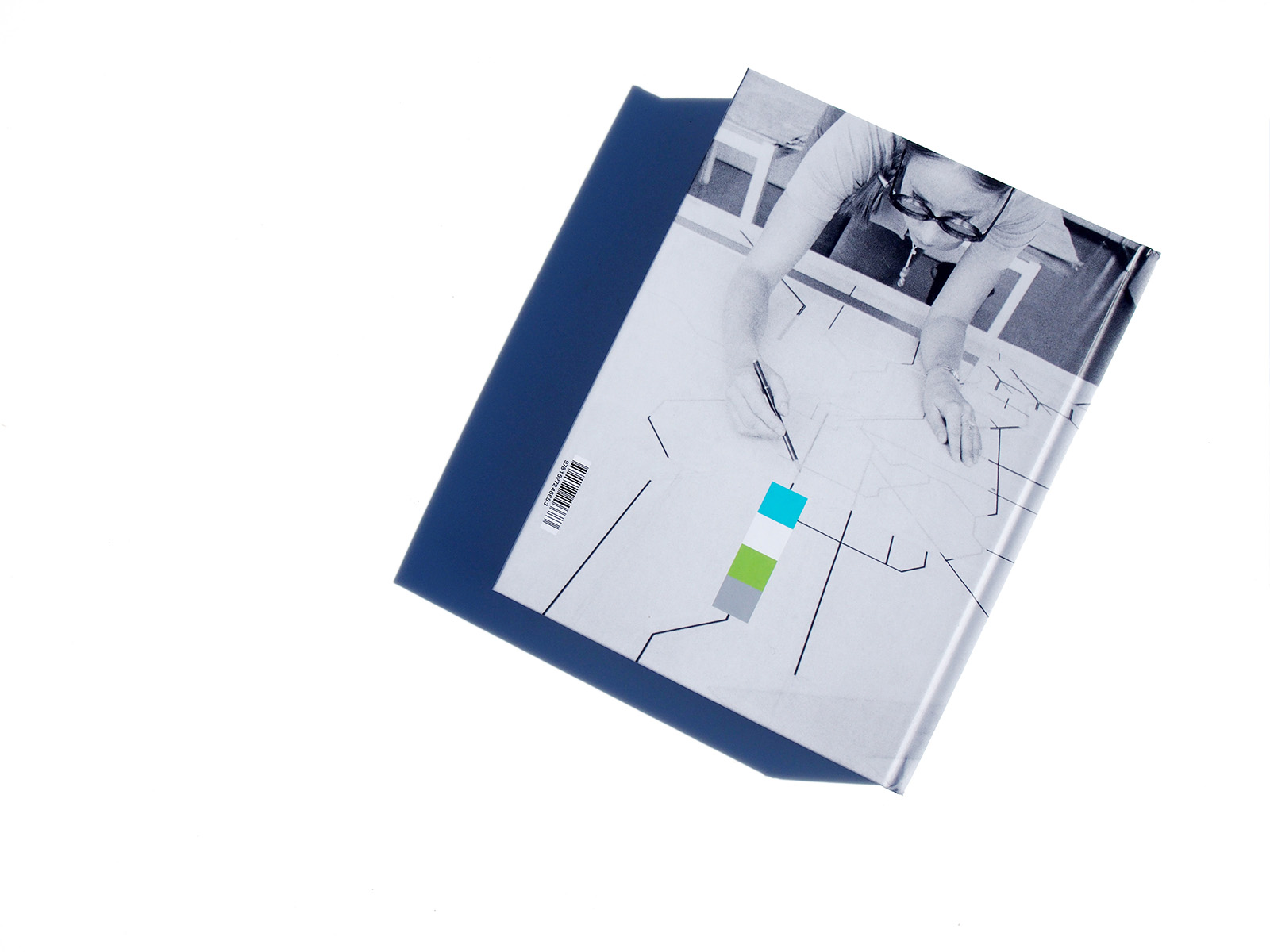 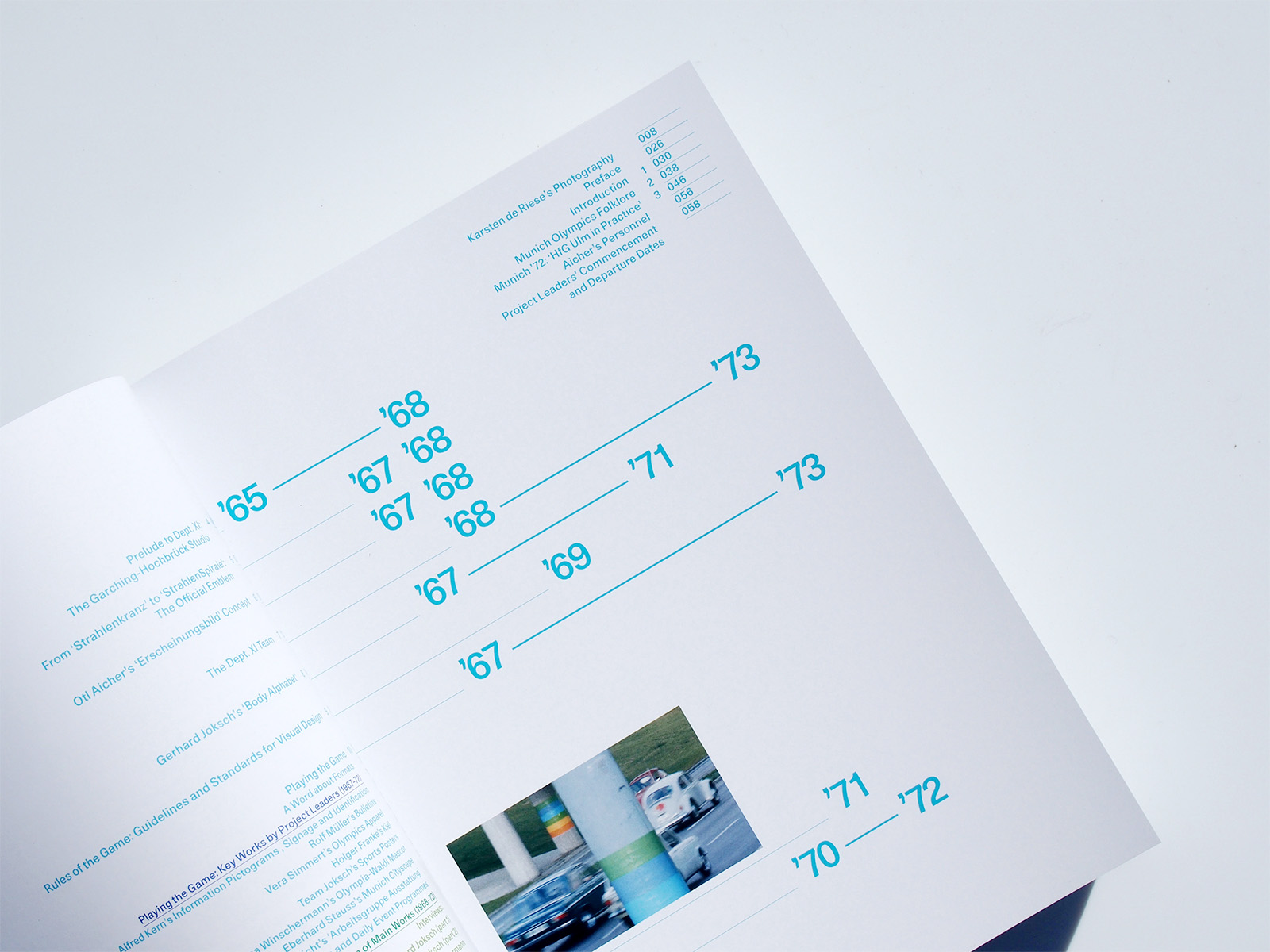 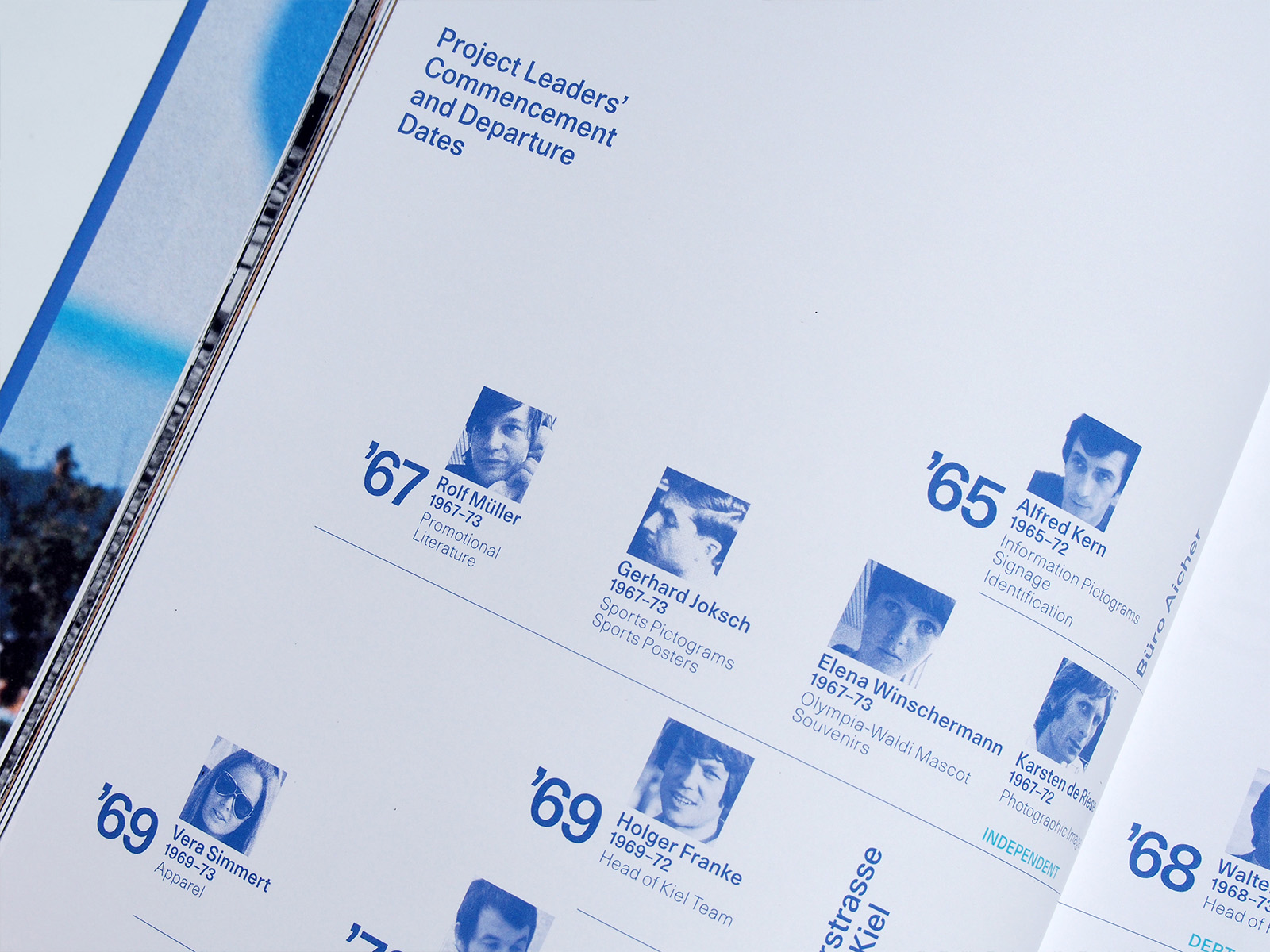 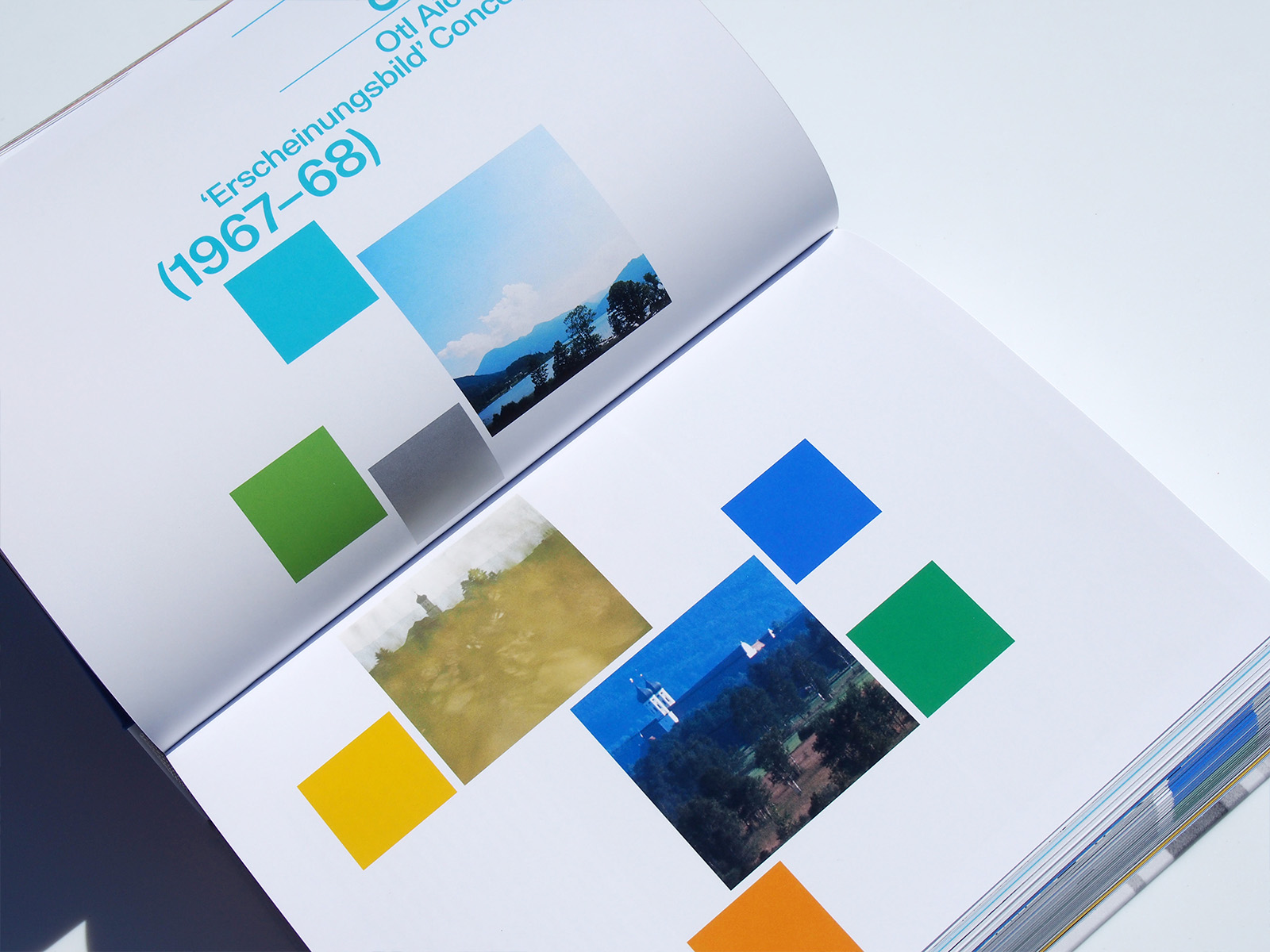 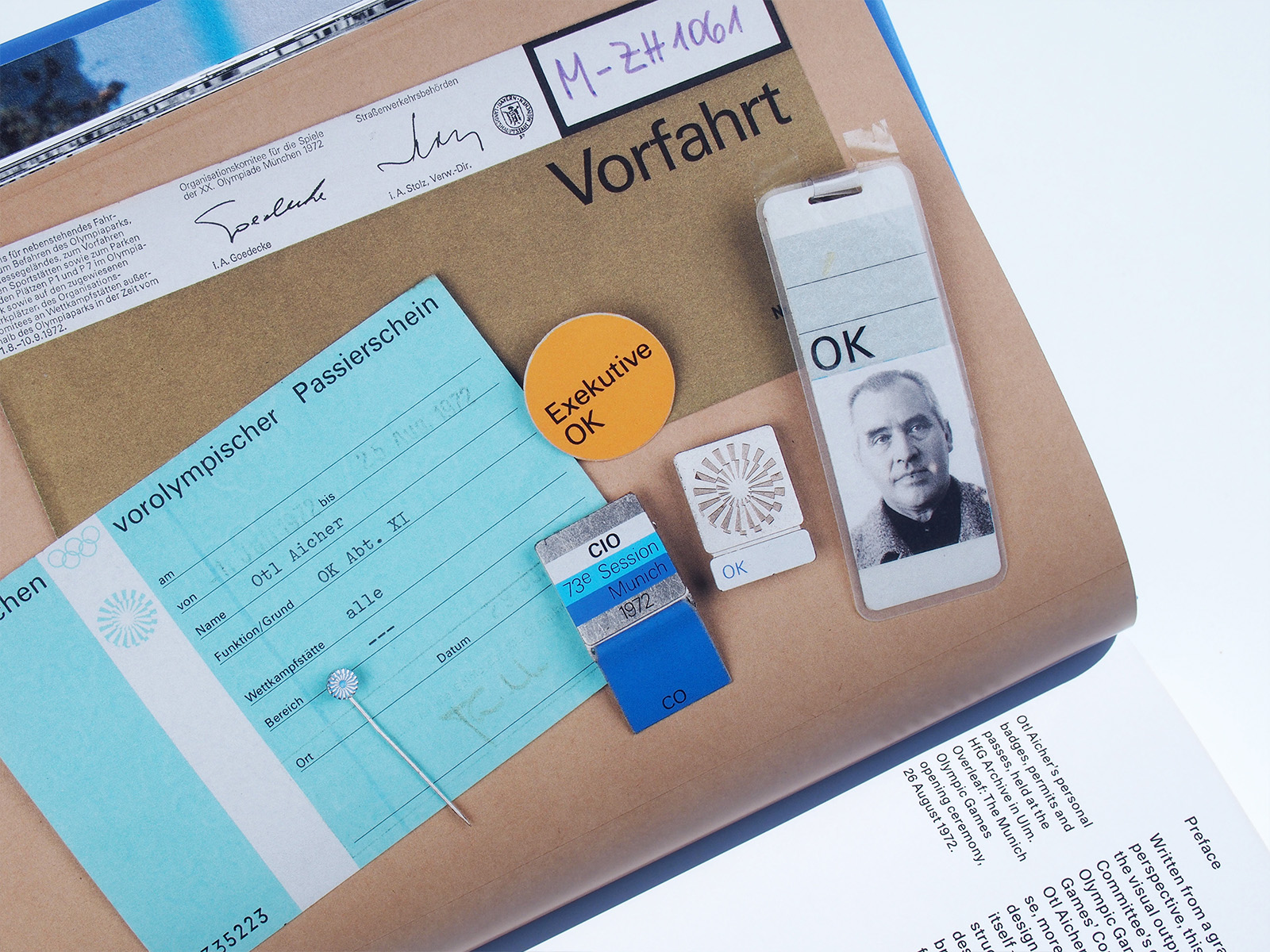 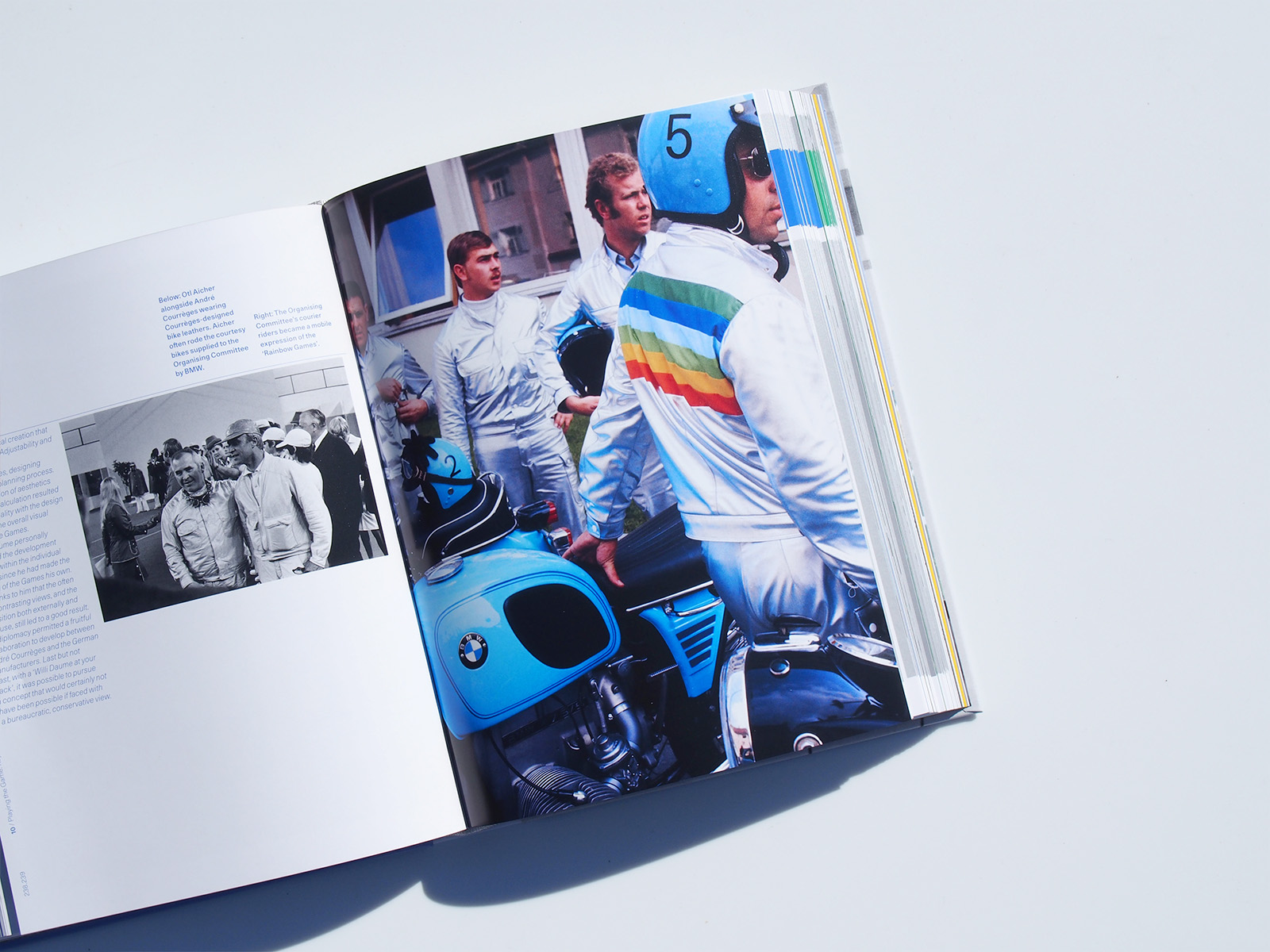 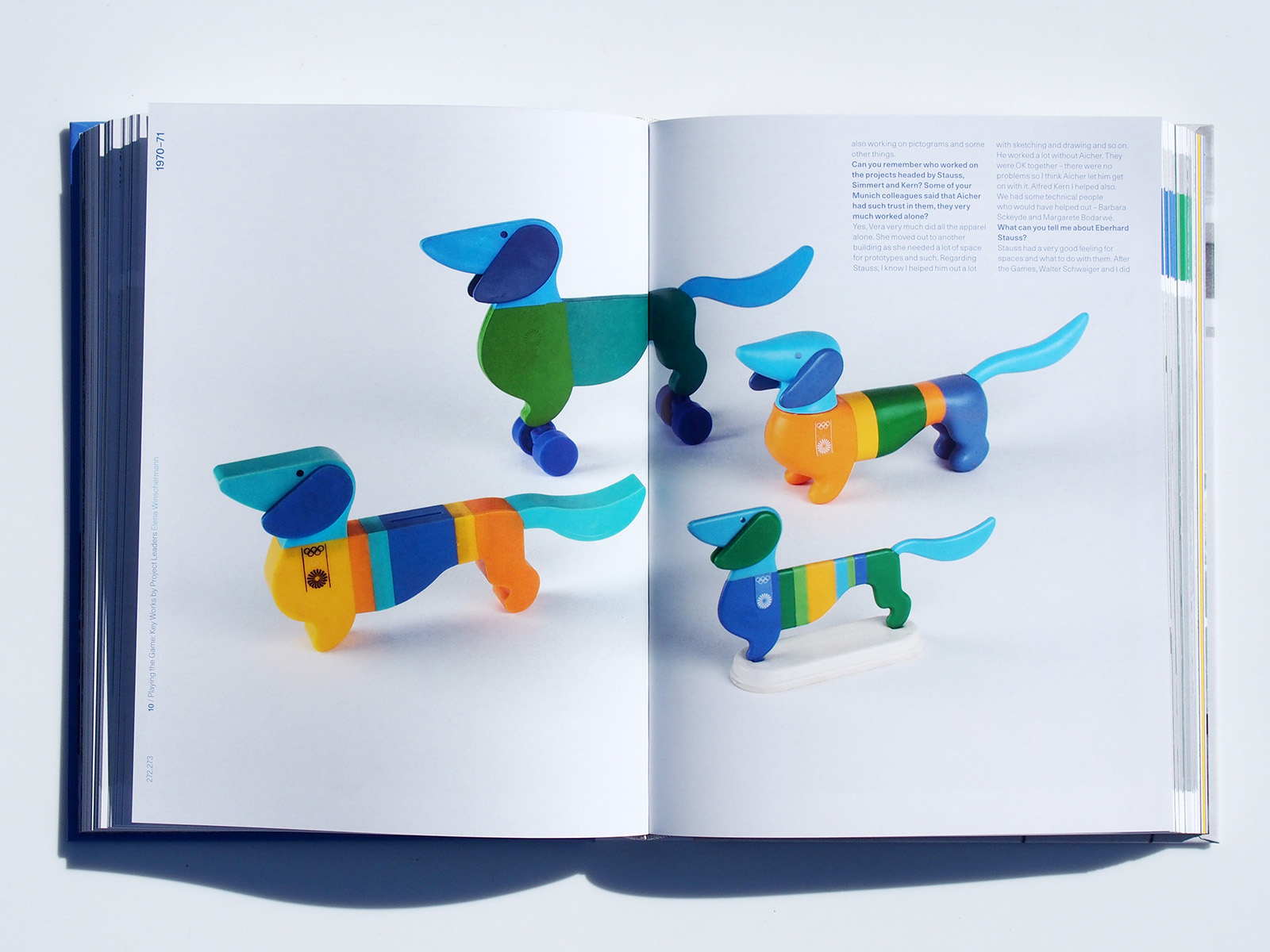 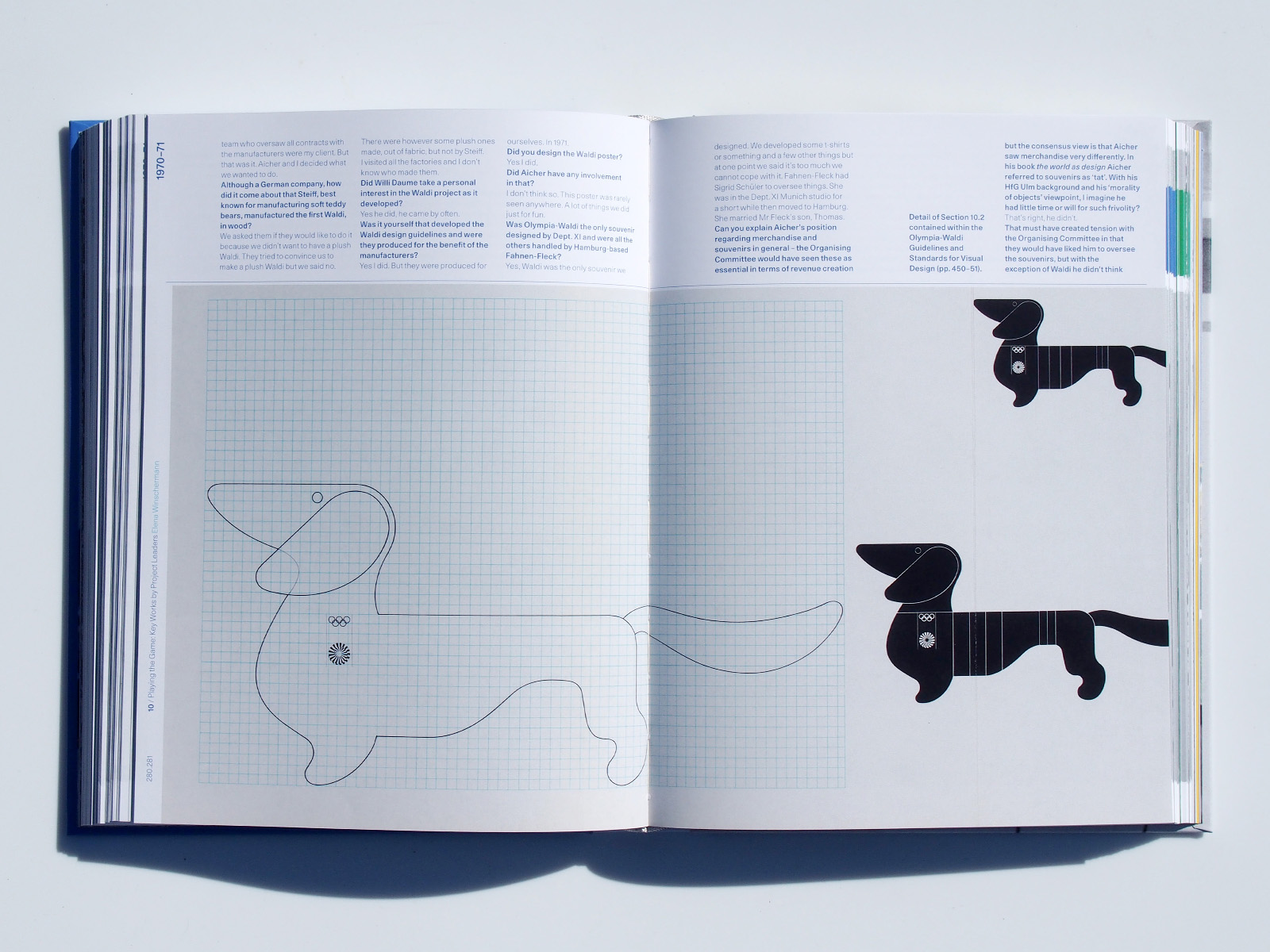 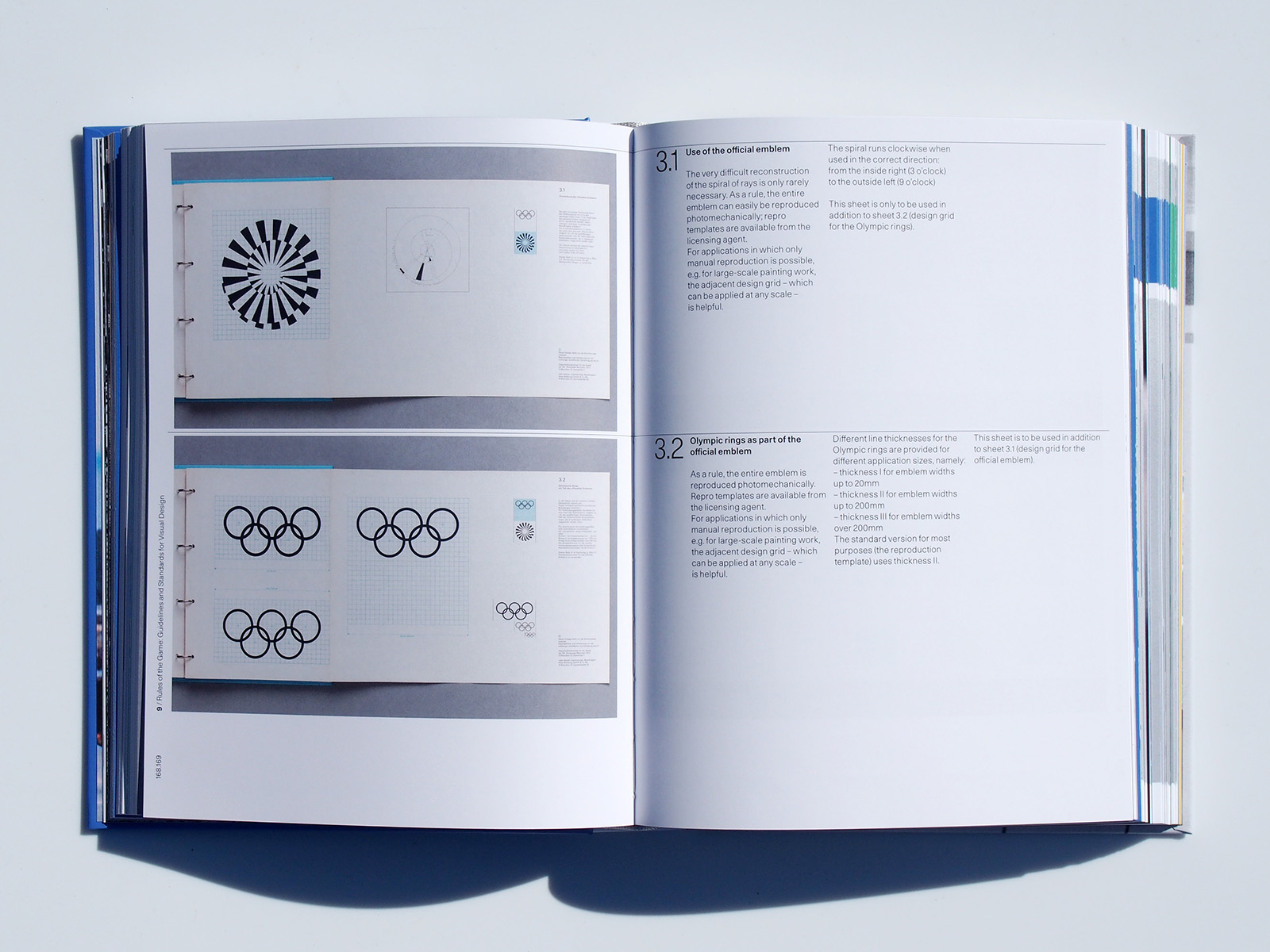 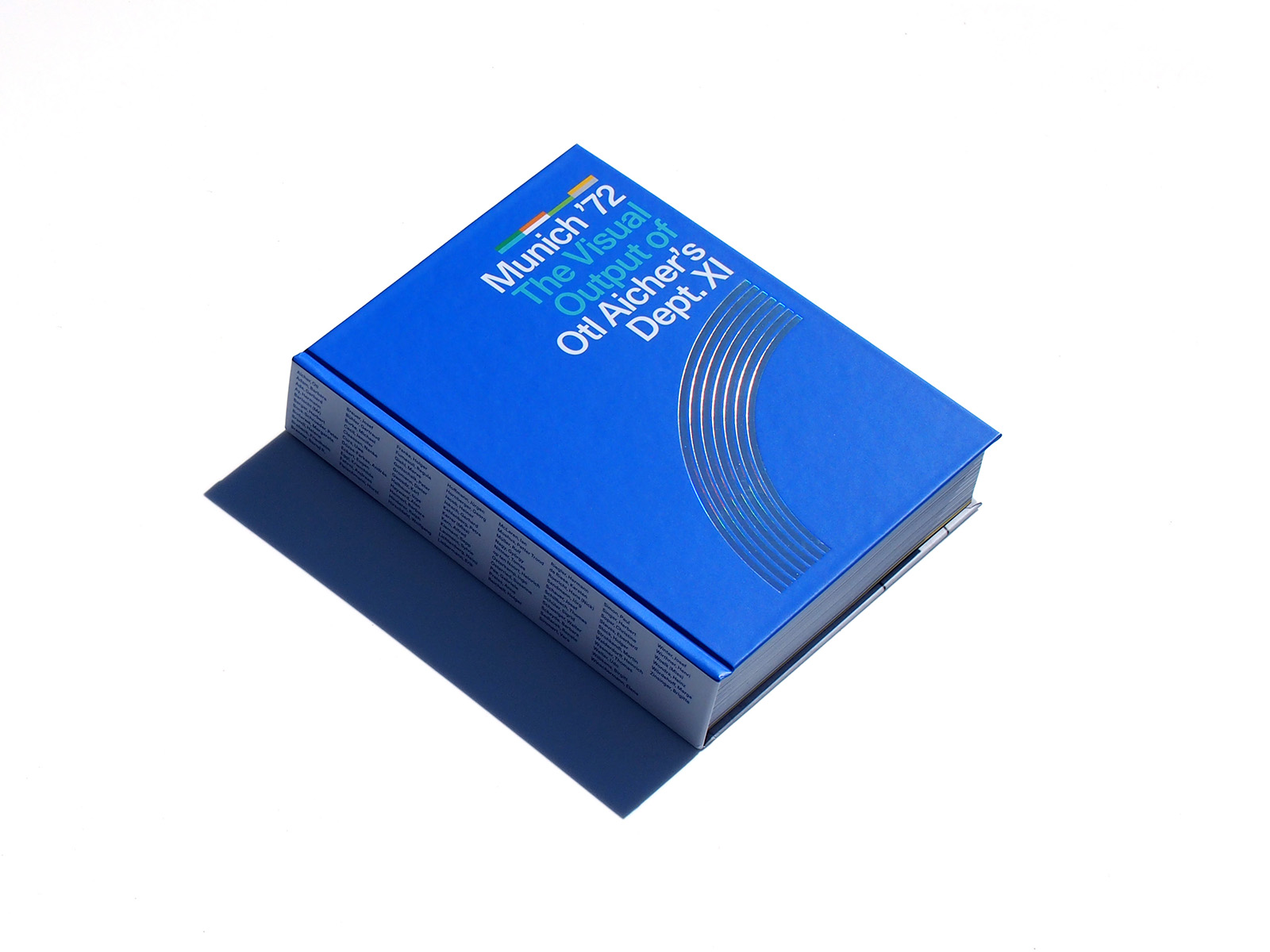 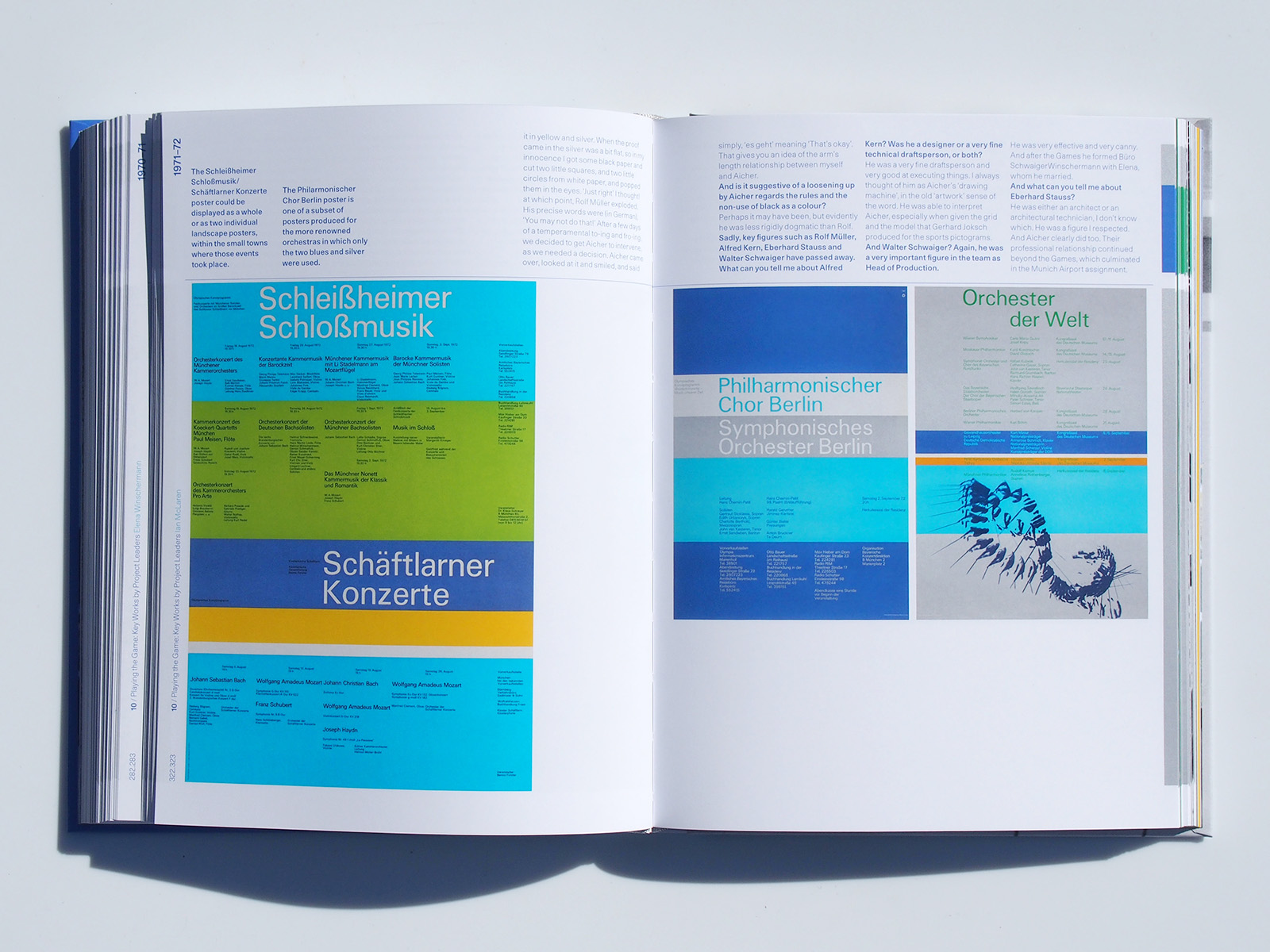 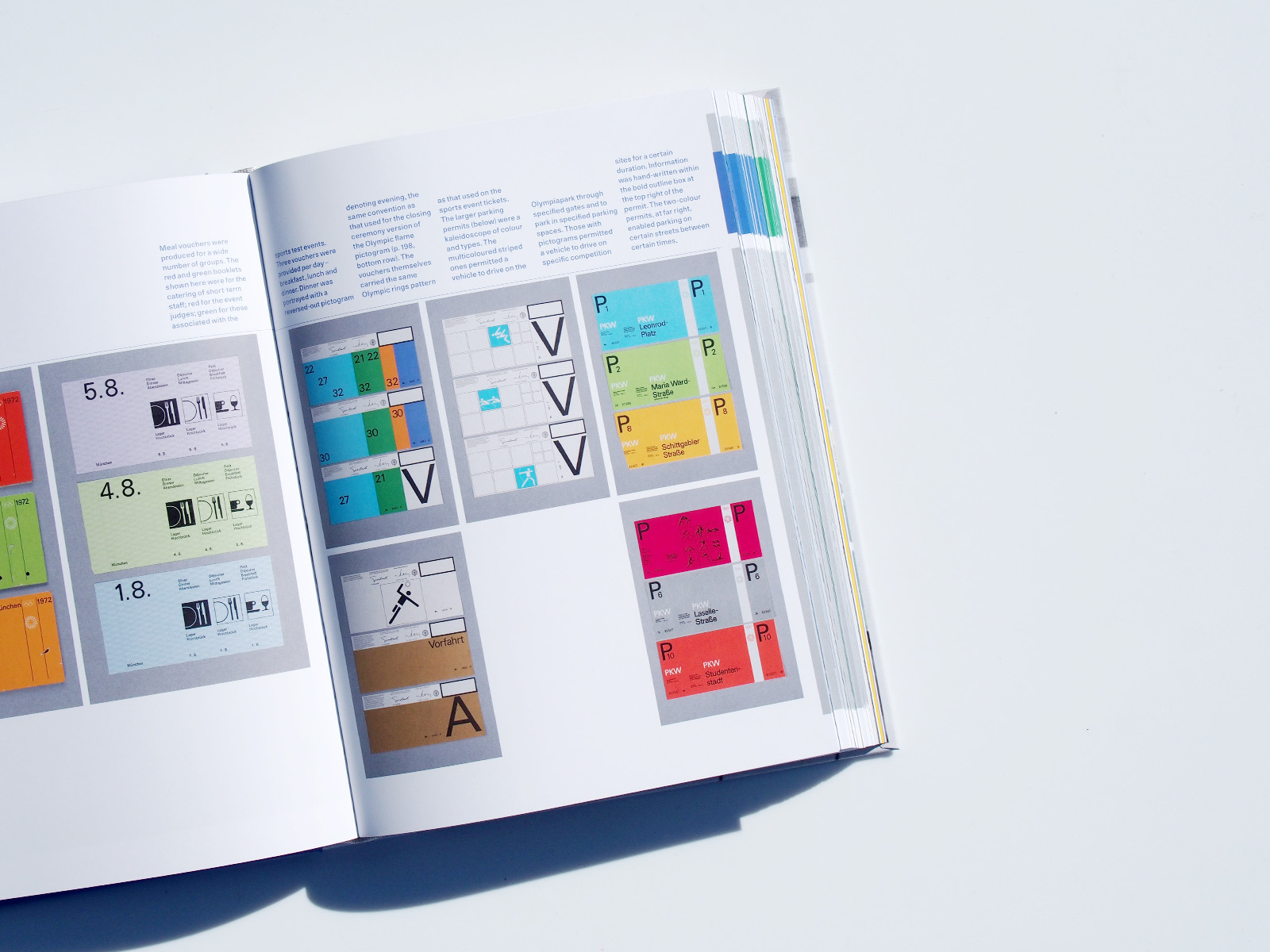 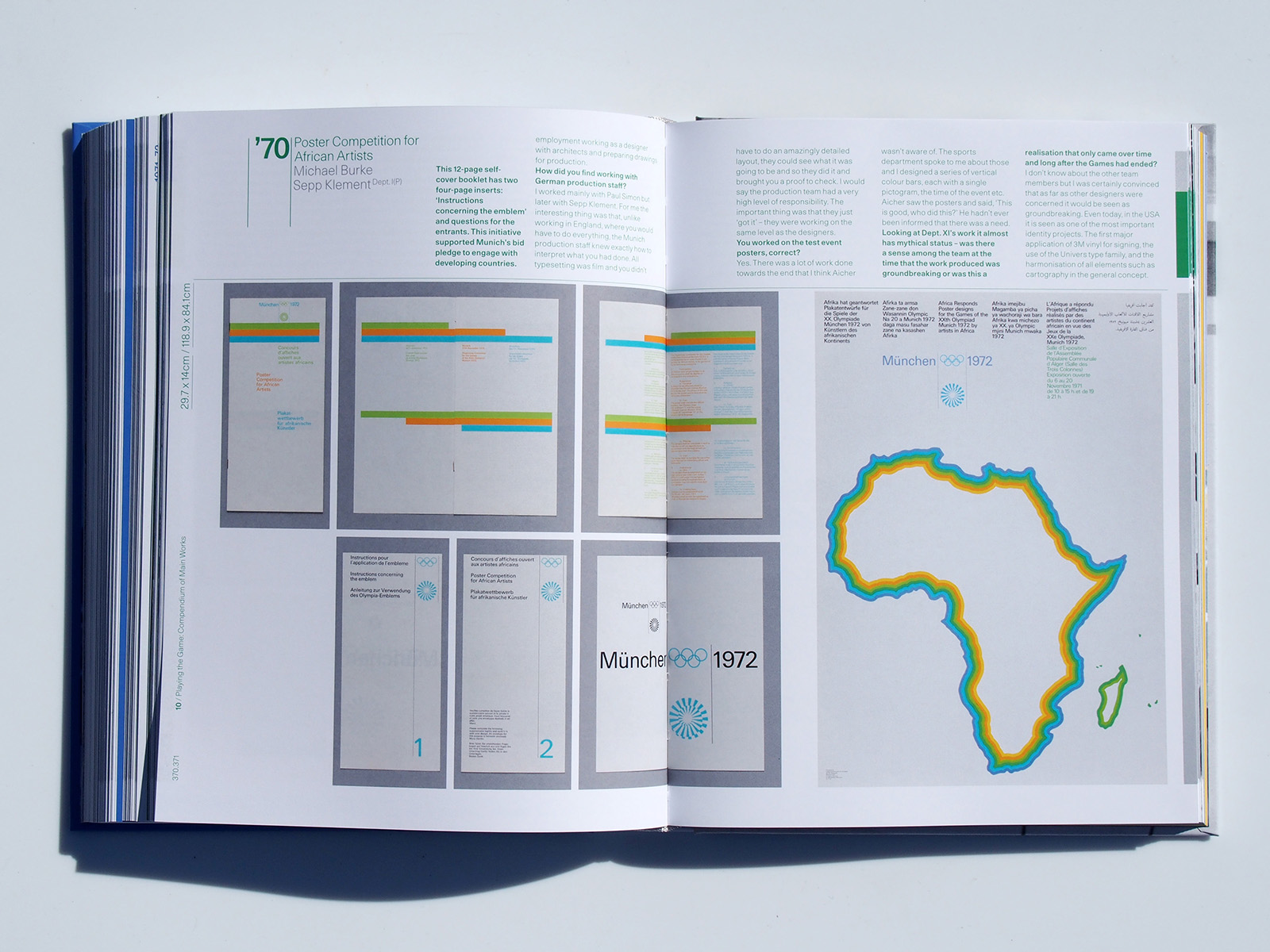 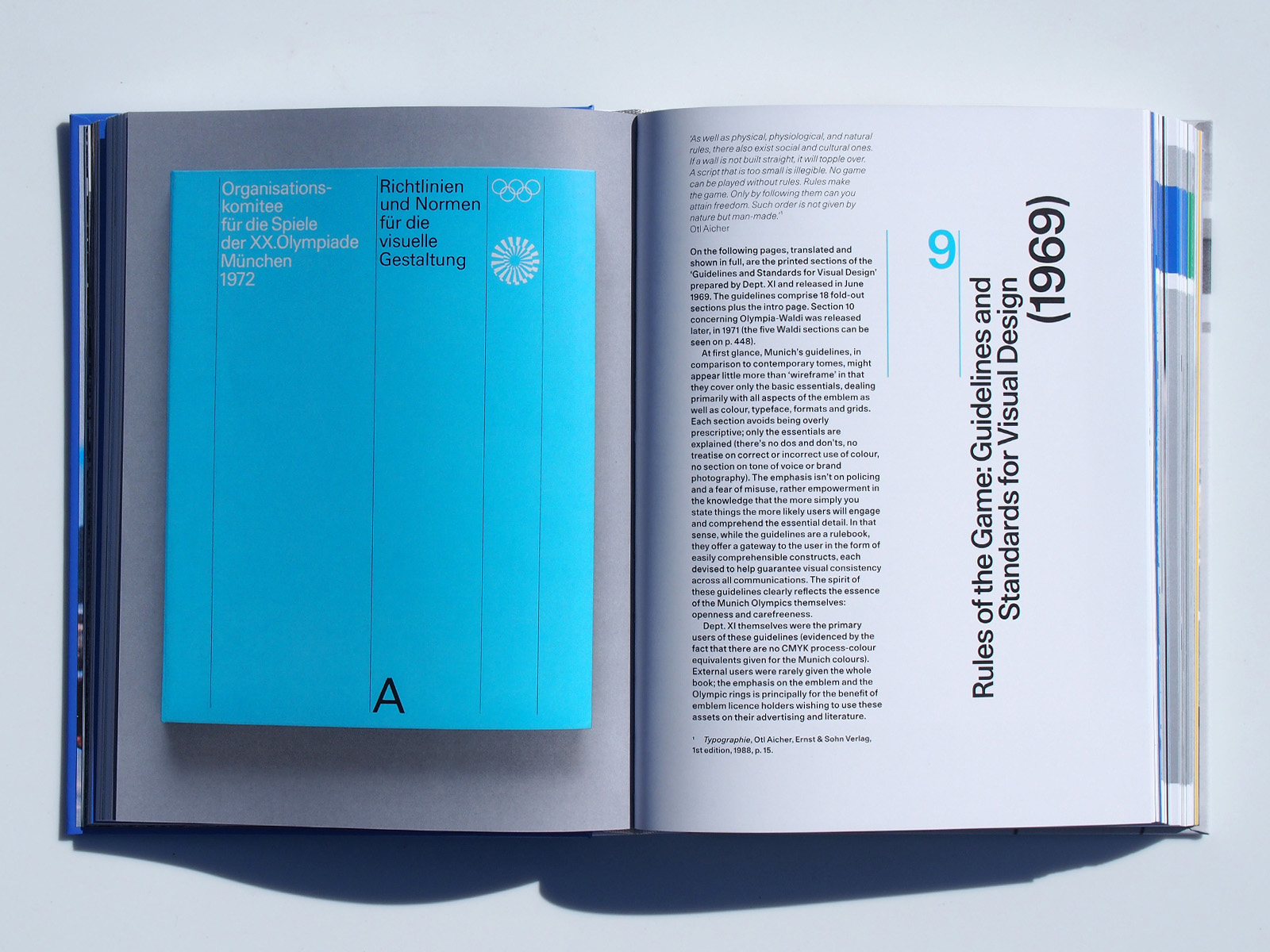 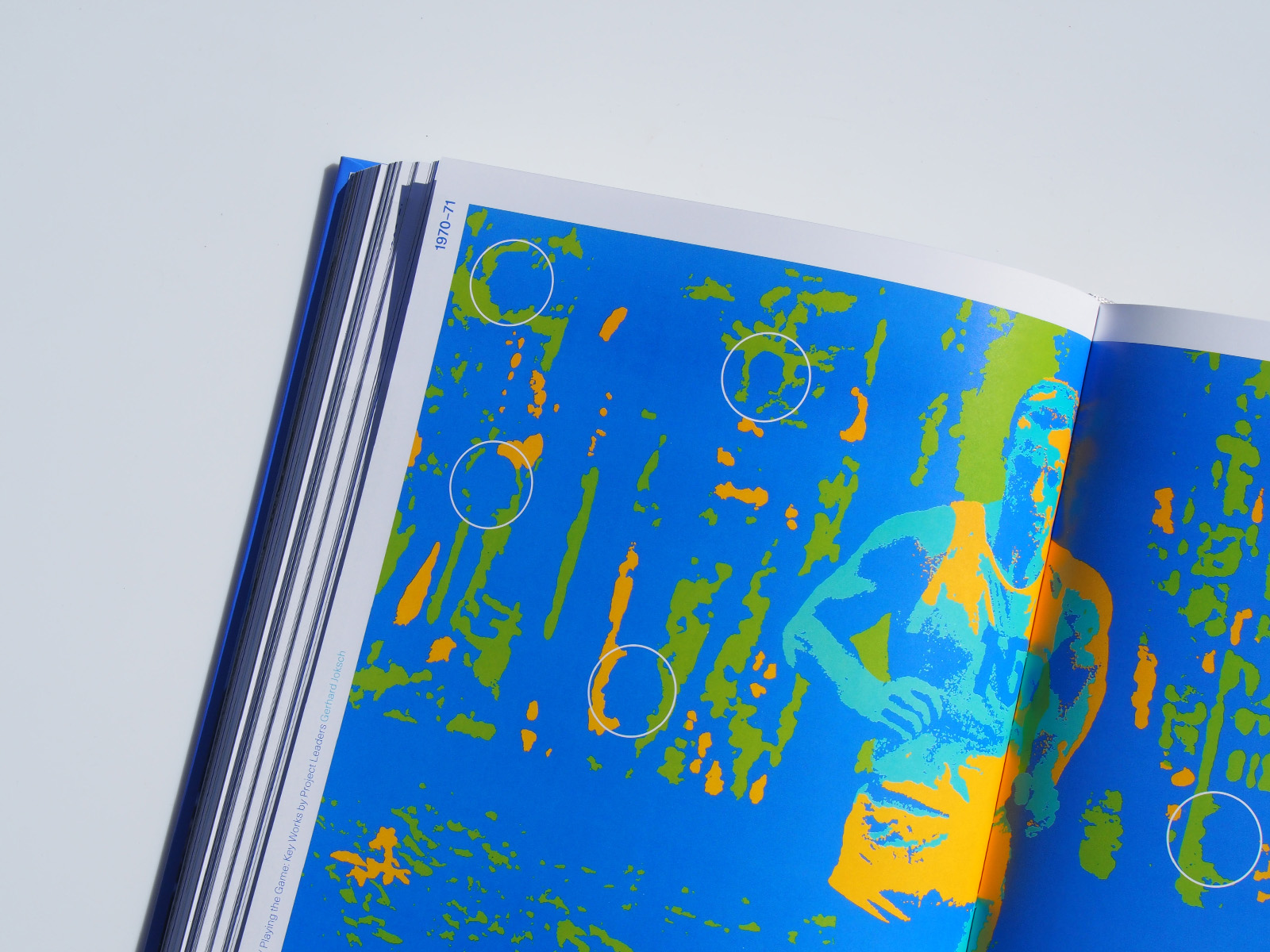 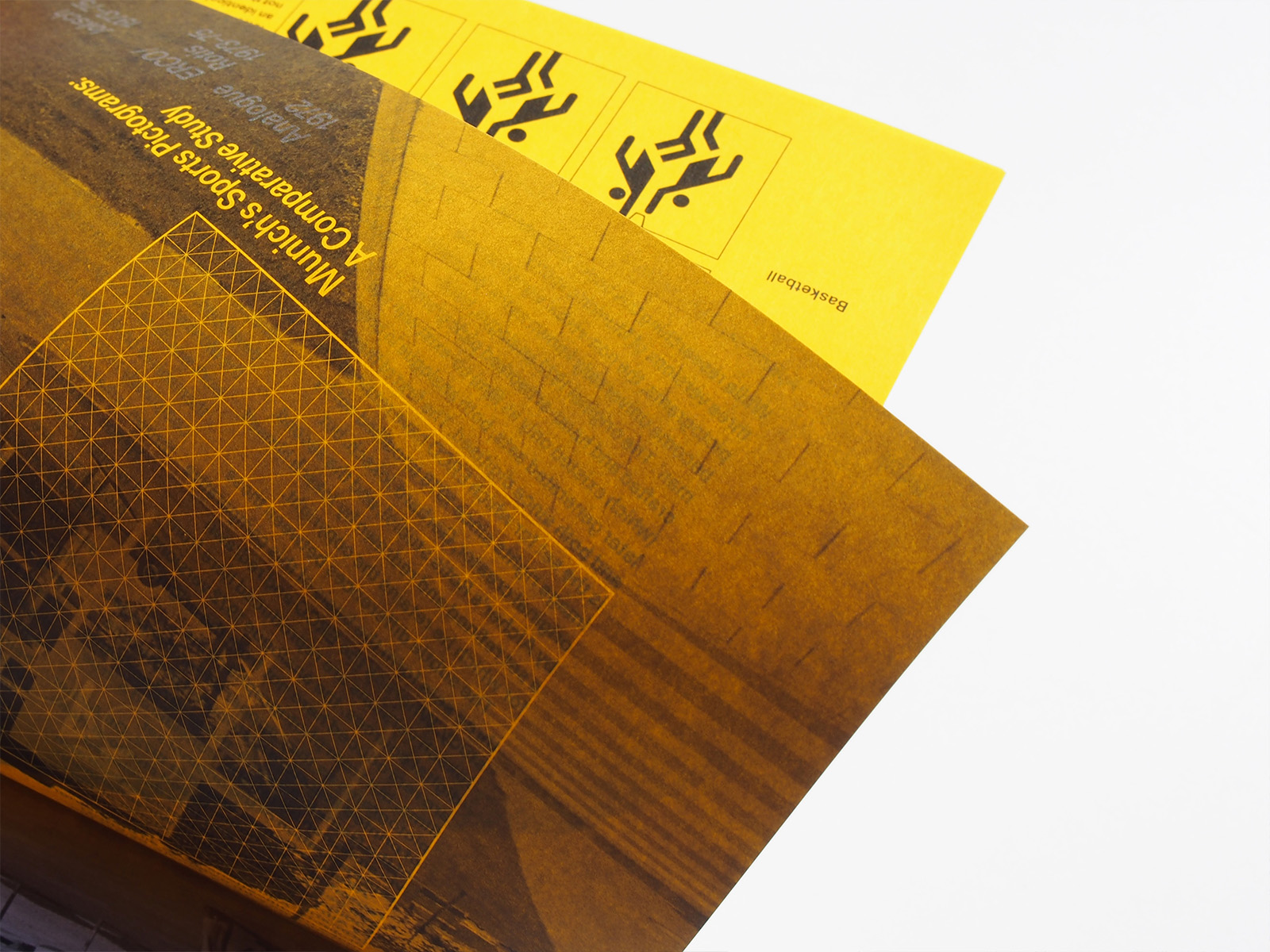 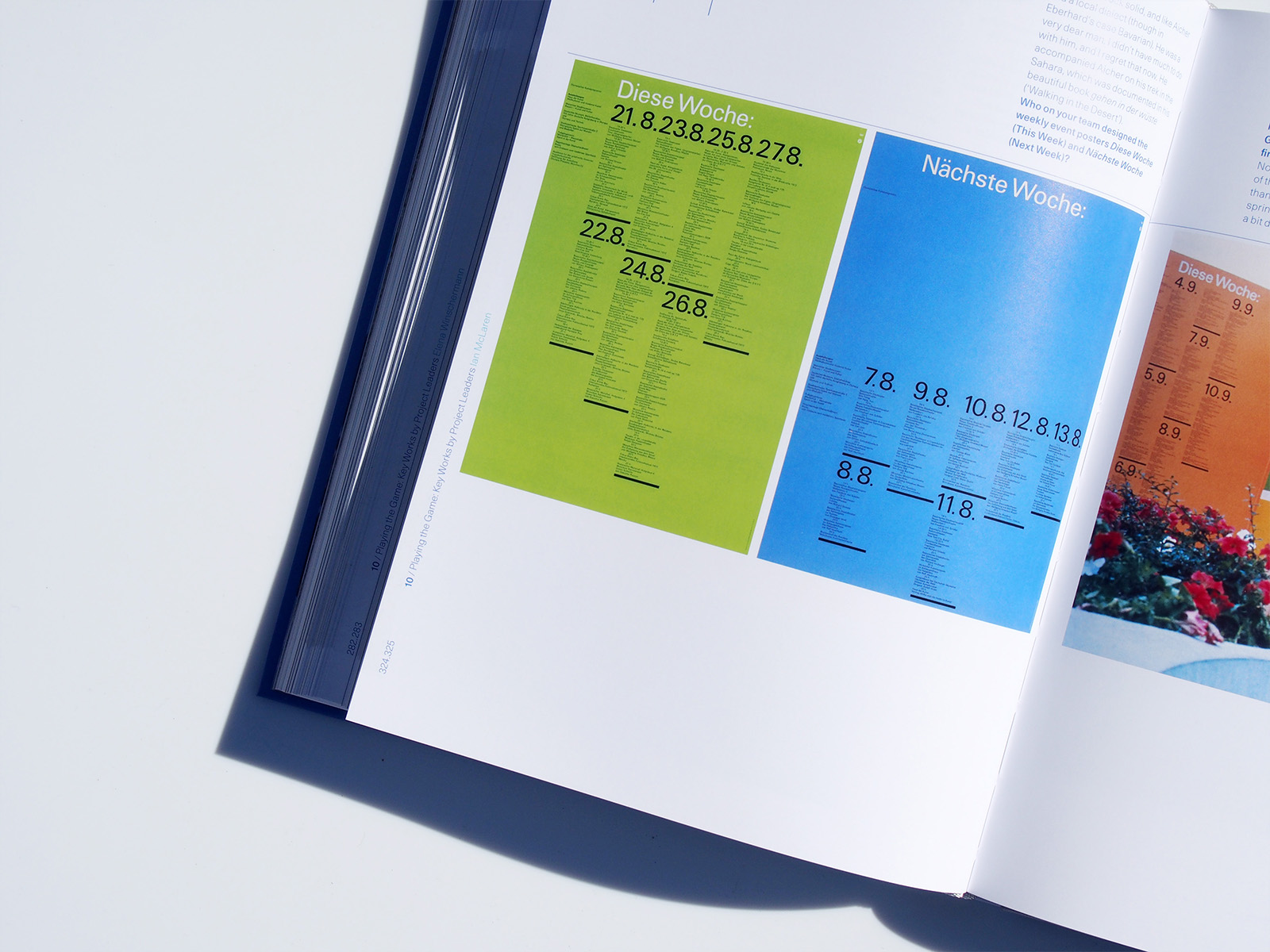 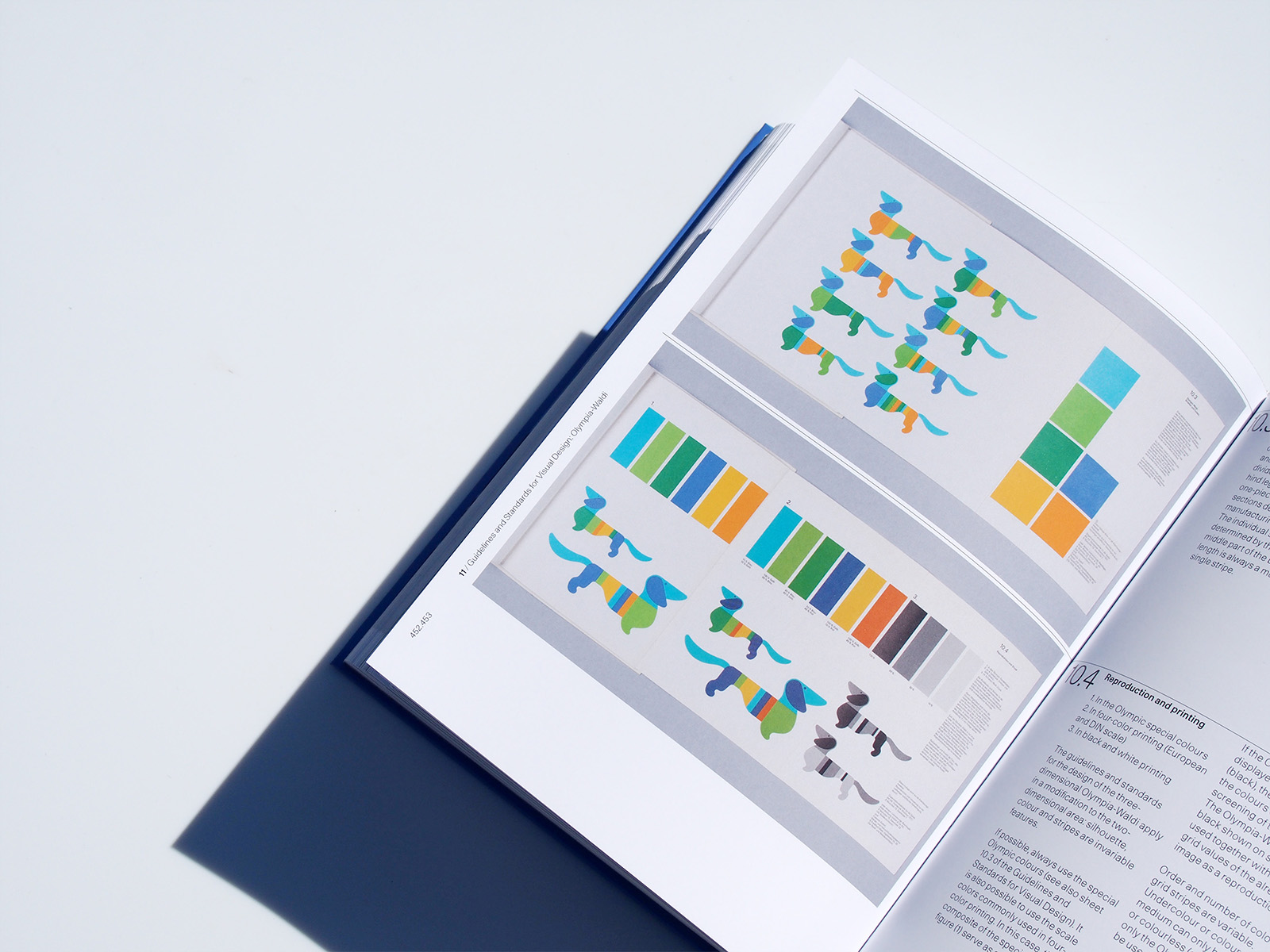 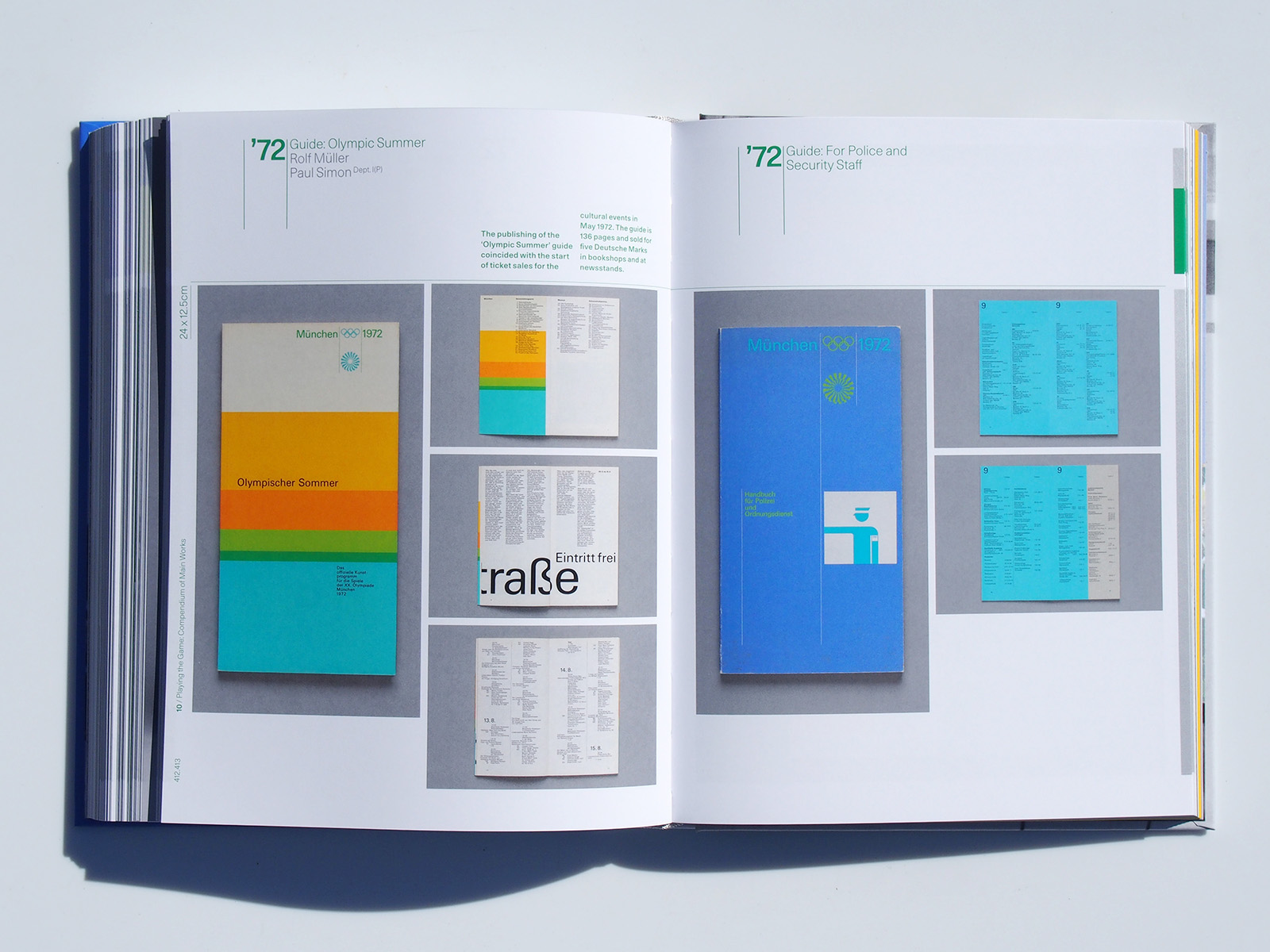 ‘Munich ’72. The Visual Output of Otl Aicher’s Dept. XI’, developed from a desire to provide the first in-depth account of the formation and structure of Otl Aicher’s Munich team and to provide hitherto details on all aspects of the design programme. Equally important was the need to recalibrate the somewhat unjust and ongoing, singular crediting of the 1972 Munich Games design to Otl Aicher alone, and in so doing, create a lasting testimony to the known 82 individuals who helped Aicher achieve his project goals.
The book has been four years in the making; the outcome is the result of discussions with many of the team, interviews with five key personnel, and research carried out at the Hochschule für Gestaltung and Hans Roericht Archives (both in Ulm) and the Bundesarchiv in Koblenz.
The book contains many unseen images; team members, emblem competition entries, pictogram sketches and artwork, as well as reproduction of a number of Aicher’s written texts prepared in advance of design presentations (translated into English).
The book’s Afterword is Aicher’s 1975 ICOGRADA Congress lecture reproduced in full in which he discusses the framework he created for the Munich Games project.
The book’s Appendices contains Gerhard Joksch’s previously unpublished text on the ‘Anatomy of the Body Alphabet’. There is also a comparative study of the original analogue sports pictograms alongside two later sets; the first produced at Aicher’s Rotis (licensed by ERCO) and a second by Gerhard Joksch. 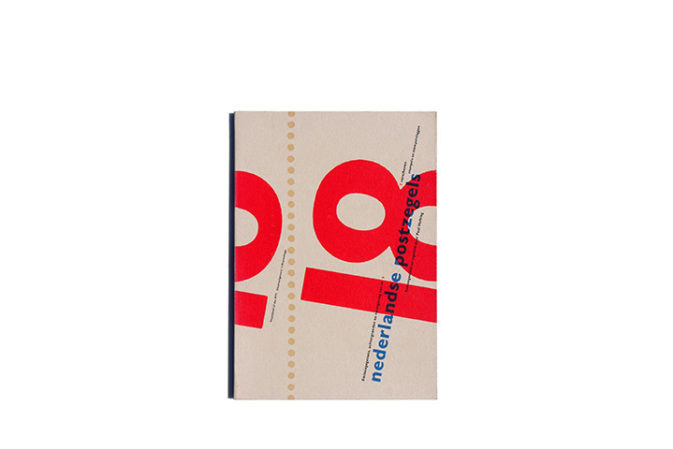